How Data Science Is Revolutionizing the Music Industry

In this article, we will discuss how data science is changing the game in the music world. You will also learn about: 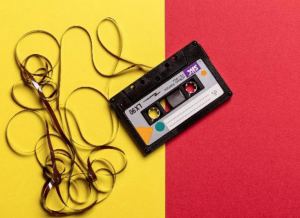 Data science and music is a combination which might baffle a lot of people. After all, how can music be influenced by data? Don’t artists write their own music or sing songs depending on what they think is good? The answer is a little more complicated than that. While artists do have the choice of picking their own music, writing their songs and producing music videos based on what they deem appropriate for their brand, there’s actually much more going on than simply producing music.

Record companies are becoming very competitive; there’s this ever-mounting pressure to produce the next big hit. Producing quality music is a priority to most companies but there’s no point in creating music which people won’t like. After all, music companies want people to listen to their music all the time and spend their money on albums, concerts, merchandise and more. The music industry actually depends on a lot more than just raw talent to draw an audience. This is why so many music companies are turning to data science to help them determine which songs will cater to a larger audience.

This may come as a surprise to some people but, in the present music industry, it’s really not all about talent- it’s about how many people artists are able to convince to buy their music. The music industry has become a big business which generates billions of dollars every year. So, it should be no surprise when we say that record companies want a bigger share of the market. In order to do so, they can’t simply rely on the whims of their artists. They need something more concrete, something which will help them understand the general public’s changing taste in music so that they can reap greater profits. That’s where data science comes in.

Data Science and the Music Industry

There’s no denying that the way we consume music has changed. A couple of decades ago, albums were sold in cassettes and compact discs (CDs) which everyone would buy from designated sellers. Artists would go on tour, interact with fans and that was it. Now, with the rise of social media, things have definitely changed. Fewer people bother buying CDs from their favorite artists and instead turn to YouTube, SoundCloud, and Spotify to listen to their favorite music. All of these websites are free- unless you choose to sign up for premium, ad-free services- which makes you wonder where the management behind artists is able to pull in so much money each year. There’s an increase dependance towards concerts, ad revenue (from YouTube), merchandise and brand deals to make money. Also, social media has made it so easy for aspiring artists to put out their content, that it is so easy to get lost in the crowd. However, what makes music companies stand out from independent artists is the fact that they use data science to closely monitor what the general public is listening to.

The Rise of Music Analytics 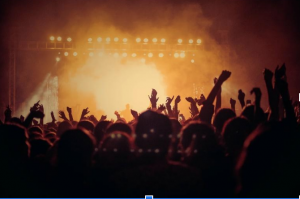 Data science helps big music companies to analyze trends and predict what the next big hit might be. Companies like Spotify regularly release trends based upon the kind of music their users are listening to. Music companies can easily take advantage of this data available to see the trajectory of the kind of music which might appeal to a large audience. If the trend is going towards, for example, dance music, they’ll be sure to nudge their artists to produce such music. Similarly, the release of songs and albums can also be determined by using ‘music analytics’ (the term used to describe the analysis of music trends and more).

These analytics are then used by the marketing department of the company to make sure that the record sells and creates ‘hype’. It is very important to get people talking about music because it allows music companies to go through social media and, based on the consumers’ feedback, collect even more data which will help them schedule things like concert dates, music video release dates and more.

Producing the Next Big Hit 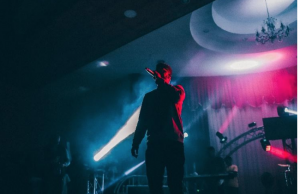 What’s the first thing that comes to your mind when you hear the words ‘hit song’?
Chances are, you think about a particular artist or band, maybe a song or maybe the beat or the chorus in the background which really makes a song stand out. If your answers were similar to what we’ve mentioned, then we’ve proved our point. That might confuse you but hear us out: big music companies often produce similar sounding music from various artists. Which may include likeness in genre, lyrics or even the beat. The reason behind it is quite simple: big music companies have directed your attention towards a certain kind of music- through years and years of analysis- so that you’re used to the kind of music they produce and more likely to listen or buy it.

It’s not a long stretch to say that music industries have designed their business model around making you grow accustomed to a certain type of music. The type is determined by music analytics and its potential to rise and compete with music produced by other music companies. All music companies try to nudge their audience to listen to their music only. This is why you might have noticed that when you’re streaming music on sites like YouTube and Spotify that you’re often recommended musicians from the same record company.

Producing the next big hit isn’t about raw talent anymore; it’s about taking years of data into consideration and then choosing a song whose genre and lyrics have relevance to the time of release, which will cause it to go well with listeners. Music companies don’t have to depend on one artist either; in recent years, we’ve seen songs by previously unknown singers to become instant hits.